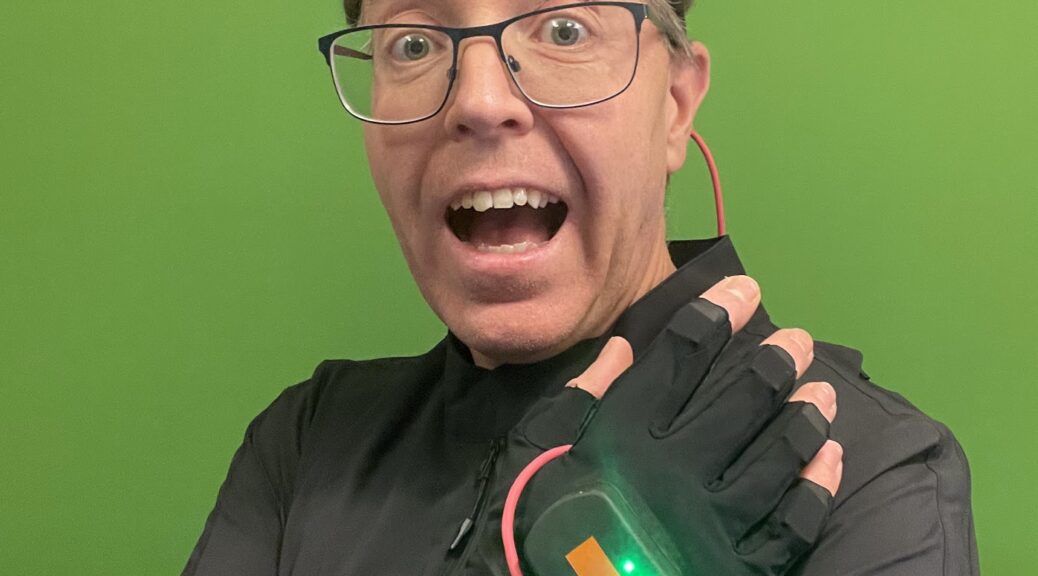 Curious about WalkAbout and how it can be used for higher education? 211110 1400-1600 we arrange within the Universeh project a seminar and workshop about WalkAbout. It is online via Zoom and everyone is welcome. If you do not want to be active, you can just listen to the first half, which is more of a presentation. The presentation and workshop is in English.

When I look back on my own education, a couple teachers come to my mind as being “great”.

The first example is my technology teacher in secondary school (1988-1990). He was not an educated teacher, but rather a construction engineer originally. He introduced me to the notion of not learning everything by heart, but rather we were allowed to bring everything we wanted to the tests. This was before the Internet was generally available in schools, so we had to think about what books, notes etc., we wanted to bring to the tests which in turn was a way of reflecting on our own learning which is a key part of the learning.

Another example is my algorithms teacher during my master’s education (around 1992). This teacher was very charismatic and impressed us by never preparing his lectures, or at least he made it look like he never prepared. He came into the lecture hall, asked us which chapter we were currently reading, looked in the book for 10 seconds, closed it and then held a 2*45 min lecture by just speaking and writing on the blackboard. This impressed me as it showed that he really knew his subject. After all, he was a professor in algorithms so he should know the subject.

So, what makes a teacher good? Here are a few things.

/Peter Parnes, a learner for life.

I am currently taking a course at Coursera called What future for Learning and I thought I would share some reflections. Here is the first text.

How do we Learn?

How we learn and how we teachers should support this learning for students has been in my mind for a long time. I have been a teacher at university level for 26 years and my personal teaching methods have changed a lot over the years.

How much time should we spend on summative vs formative examination? I teach mainly advanced project courses and here a combination of both is very good. The students get assignments where they must reflect on their learning during the course, learn from each other via continuous group presentations and peer reviews of each other’s writings together with verbal presentations in the middle and the end of the course and a written report at the end. At the same time, I am often a guest lecturer in other courses and here I get asked to give the other teacher quiz questions for the final examination and I find this tough. Creating good quiz questions is hard. E.g., it should not be something the student could just easily search for on the Internet but rather be a question that triggers reflection and thought and this is something I would much rather do via a written assignment.

In this first part of the course, What Future for Education the key things I take with me is how the course and assignments are set up. Already in this first week, we as students get a high variation in tasks and how the material is presented. There are videos but also transcripts if I prefer to read instead (even if the transcripts are not perfect unfortunately). There is a longer text as well as other students writing via the Paddlet and forum. All this helps me learn via variation and triggers me to reflect as the material is just not one big homogeneous mass.

Finally, I reflect that for me personally as a student the most attractive way of learning is that I can do it anywhere thanks to ”modern” tools. These days, I have a really hard time learning from books (the old, printed type) but rather, I want to have different resources with me electronically. E.g., if I am waiting somewhere, then I can take 5-10 min to read, watch or listen to something or write something in a journal (electronically of course). Learning should be possible to be done anywhere and anytime. How does this rhyme with today’s school system where students are supposed to learn a specific thing at a specific time and at a specific place?

On 210525 I present the following abstract at Design for Learning 2021. The conference is held online.

This abstract presents the results from an informal learning process called Luleå Game Create where children, ages 7-15 and accompanying adults got a gentle introduction to computer game creation in a Makerspace [1] setting at Luleå Makerspace where special focus is given to gender equality [2].

Luleå Makerspace was founded in 2013 with the goal to provide an open learning environment [3] for people of any gender and background to realize their ideas, i.e. go from idea to prototype using modern tools and learn from each other. The Makerspace provides a creative environment where learning is done through either unstructured personal interactions or via organized workshops [4].

Luleå Game Create is a series of informal workshops run during 2019-2020 where the participants learned how to create computer games. The format is based on that a workshop leader shows how to create different types of games and the participants get to make the games their own via various choices. The technical platform used is Unity, a professional game development engine [5].

Material for each workshop is designed with two parts; 1: pre-made digital libraries to help game creation, and 2: detailed instructions on how to create the game and highlights different features. The instructions are shared openly and can be used by the participants after the workshop [6].

The length of each workshop is 2.5 – 3 hours and the participants can either loan pre-setup computers at the makerspace or bring their own devices which they have to pre-configure at home. During the workshop much focus is placed on that everybody can follow along and participants are encouraged to help each other. Some of the children participate on their own and some together with an accompanying adult. Each workshop has between 10 and 15 participants and the workshops do not build on each other even though they might be divided up over two sessions.

Focus is placed on gender equality with the long-term goal of raising interest for studying STEM and Computer Science subjects among young girls [7]. All workshops where open to both genders except one where together with the company Star Stable, a horse game was created.

Luleå Game Create has run during 2019 and 2020 and so far about 75 participants attended the workshops. The feedback has been very positive with an overall grade of 4.5 out of 5 and 9 out of 10 say that they have gotten an increased interest in creating computer games and want to learn more.

Requests for future topics include various details related to creating games but also other maker skills such as modelling for physical fabrication using 3D-printing and laser cutting.

For the non-girl specific workshops, the gender balance is about equal between the children but surprisingly biased towards women among the adults (i.e. mothers and relatives) which has led to that a specific workshop for adult women is being planned. This is very positive as adult role models are important.

During the pandemic the series moved online using Zoom instead but unfortunately with less interest from the earlier participants.

[7] Ashcraft, C. S. (2013, March). Girls in IT: the facts-a comprehensive look at the latest research on gender and technology in K-12 contexts. In Proceeding of the 44th ACM technical symposium on Computer science education (pp. 740-740).